Despite the impacts of the COVID-19 pandemic, competition between coffee chains in Vietnam has become increasingly fierce with more giants trying to grab a slice of the lucrative market.

In May, The Sherpa, a company owned by Masan, purchased 20 percent of Phuc Long Joint Stock Company, which owns the Phuc Long brand, one of the country's most famous tea and coffee chains. As the firm spent US$15 million on the deal, the Phuc Long chain was valued at 75 million USD, a number that surprised many people, according to some insiders.

Set up in Bao Loc city, Lam Dong province in 1968, Phuc Long expanded into the retail beverage business in 2012 from its three traditional stores in Ho Chi Minh City in the 1980s. Currently, the firm has 60 stores in HCM city and seven in other localities.

After the deal, VinCommerce, another Masan member company, will set up a kiosk serving Phuc Long’s products at its chain VinMart , which has more than 2,200 stores across the country.

Earlier, realty firm Novaland Group launched a new ecosystem of Nova Consumer to develop the food, beverage and nutrition segment with a closed food production chain from farm to fork. The group has invested more than 200 million USD to bring together many famous consumer brands in its ecosystem, including PhinDeli coffee.

Local brand The Coffee House opened 24 stores in the first quarter of this year and plans to open at least another 50 this year to increase its total nationwide to nearly 230 at year-end and 1,000 by 2025.

Huan said maintaining customer relationships was extremely important for the firm so it focused on developing the customer experience. With savvy, young customers, the firm has built and worked with delivery apps to offer convenient services.

He added during the fourth outbreak of COVID-19, though it had to limit and then stop serving customers in-store, online platforms had enjoyed a lot of use.

Besides its 'Legend' brand, Trung Nguyen Coffee is trying to expand its E-Coffee franchise chain, a small coffee stall targeted at takeaway customers, and plans to open 16 more stores nationwide.

Most recently, confectionery firm Kido said it was also about to enter the coffee market. Though Kido did not reveal which coffee segment it would join, the firm announced it would start offering coffee products this year.

Foreign firms have also shown interest in the local market.

Previously the largest local brand with about 340 coffee shops across the country alongside the most revenue and profit, Highlands Coffee is now owned by Jollibee Group, a Filipino giant in the chain restaurant business.

Other foreign names in the local market include Starbucks, The Coffee Bean and Tea Leaf and Thailand's Café Amazon.

With a plan to expand its stores in Vietnam, Café Amazon told local media that Vietnam was one of 10 markets outside Thailand where the parent company was expected to spend up to 2.5 billion USD to expand in the next five years.

Among the chains, Highlands Coffee led the market in term of sales with 2 trillion VND in 2019, followed by The Coffee House with 863 billion VND, then Starbucks with 783 billion VND, Phuc Long with 779 billion VND and Trung Nguyen with 409 billion VND.

Due to the growing middle class in Vietnam, Euromonitor Worldwide valued the local coffee and tea retail market at more than 1 billion USD. The Vietnam Coffee and Cocoa Association reported the rapid increase in the number of coffee chains has boosted their consumption to more than 10 percent of the country’s coffee output.

As the per capita coffee consumption in Vietnam is only a third of the global average, the association sees the market as very attractive for both domestic and foreign businesses. 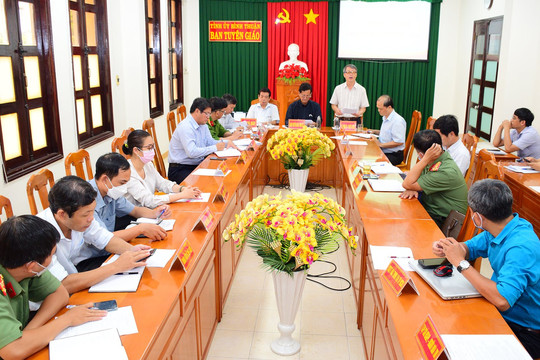