BTO – On the morning of January 22, a delegation of the Central Committee led by Deputy Prime Minister Vu Duc Dam visited and gave Tet gifts to encourage policy-favored families, poor households, union members, and workers in Binh Thuan province on the occasion of the Lunar New Year holiday (Year of the Tiger New 2022).

Speaking at the gift-giving ceremony, Deputy Prime Minister Vu Duc Dam highly appreciated the province's outstanding results in socio-economic development, as well as the implementation of the Government's policies in the past year. Despite the difficult situation, the province's budget revenue still exceeded nearly 60% of the annual estimate.

At the time the Covid-19 epidemic occurred throughout the country in 2020, Binh Thuan was one of the provinces that reported the early cases, but with flexibility, responsibility, confidence, and the support of the health sector, the province soon put the epidemic under control. Of Which, there are good ways, such as isolating only a section of the street, using boats as a place of production to ensure production and people's health.

Deputy Prime Minister Vu Duc Dam highly appreciated the spirit of solidarity against the epidemic of all people. Despite difficulties, the province has still supported all policies of the Party, State and the health sector and upheld the spirit of mutual solidarity and love-sharing. Many people receive support from the central government and the province, but they are willing to share their support for other cases. Deputy Prime Minister also noted that the current epidemic is far different from two years ago. Although we are more knowledgeable, have been vaccinated with 2 doses of the vaccine and adapted to the epidemic, the vaccine is still not 100% safe, so we must strictly follow the regulations on epidemic prevention. The Party Committee and provincial authorities need to continue to encourage people not to be negligent and confident to continue adapting and developing.

On the occasion of the upcoming Lunar New Year 2022, Deputy Prime Minister Dam and the Central Committee's delegation wished everyone a safe, healthy, grateful and cozy Tet holiday and gave 550 gifts to poor households, union members and workers. movement in the province.

In the morning of the same day, Deputy Prime Minister Vu Duc Dam also visited and gave gifts to Vietnamese heroic mother Le Thi Dang (born in 1933) - Phu Tai ward, City. Phan Thiet. He graciously asked for her health and daily life and wished the mother would be always healthy to live a happy and long life, being spiritual support for her children and grandchildren.

Visiting and extending Lunar New Year's greetings to Binh Thuan Border Guard Command, Phu Tai Ward Police, Phan Thiet City Medical Center, Deputy Prime Minister praised their excellent achievements of the police and armed forces in carrying out the "dual duties" of maintaining security and order, preventing crime, firmly protecting sovereignty and border security, tightening the solidarity of the army and people, and preventing and controlling the Covid-19 epidemic. The visit aims to share the difficulties and silent sacrifices of the medical staff and doctors in the work of epidemic suppression, collection, and treatment of patients, etc.

On the occasion of the coming Lunar New Year, Deputy PM wished the staff and soldiers always healthy and outstandingly complete all assigned tasks, wishing the doctors and nurses to continue to make their efforts in their work.

On behalf of the Party, Government, and people of Binh Thuan, Secretary of the Provincial Party Committee Duong Van An thanked the care of the Party, Government, Deputy Prime Minister Vu Duc Dam and the delegation for the people of Binh Thuan. In the coming time, Binh Thuan will continue making efforts, to raise solidarity and strong determination, not neglect epidemic prevention and control to ensure the safety of people's lives. Mr. An also pledged to urgently speed up economic recovery, take better care of people's lives, and contribute to the successful implementation of the Resolution of the 13th National Party Congress and policies proposed by the Government. 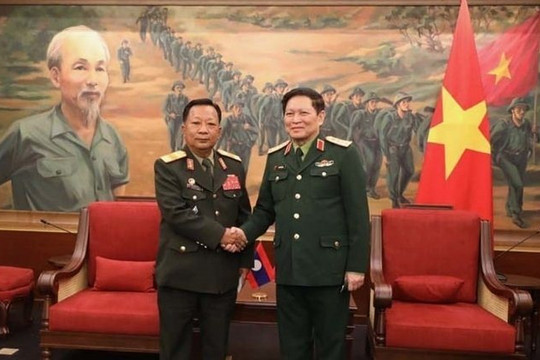 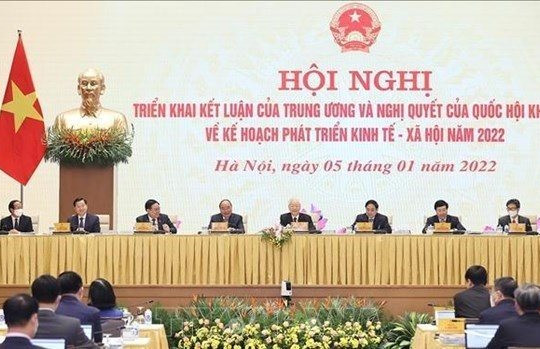 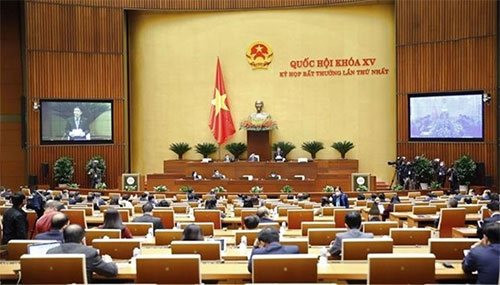 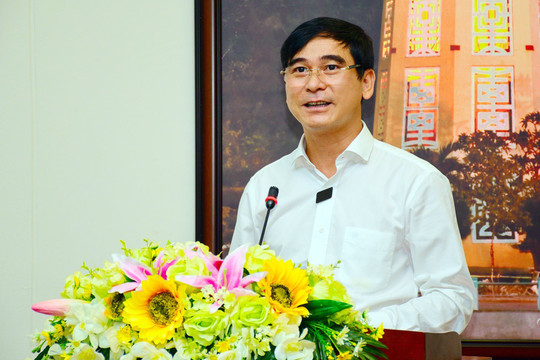 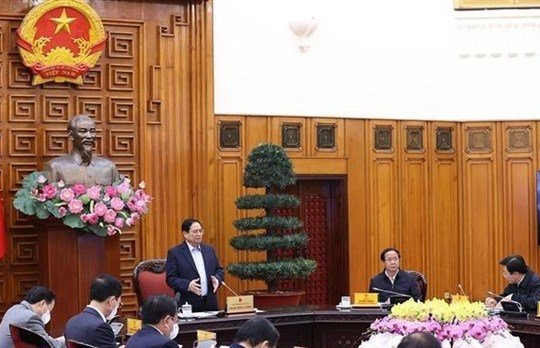 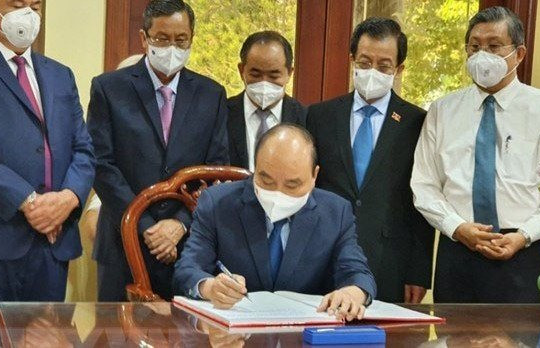 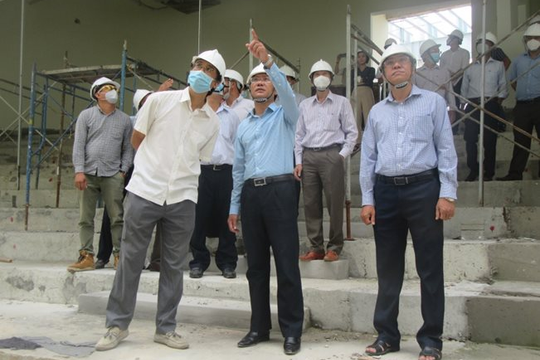