The Association for Victims of Agent Orange/Dioxin (VAVA) has been adopting innovative methods to maximise support and donations from organisations and individuals for AO/dioxin victims.

According to Nguyen Van Khanh, VAVA Vice Chairman and Director of the fund for AO/dioxin victims in Vietnam, by the end of June 2022, the fund had raised over 3 trillion VND (over 128 million USD) to assist AO/dioxin victims and their families.

Notably, the fund raised about 400 billion VND in 2021, and over 200 billion VND in the first half of 2022, helping to repair and build charity houses, grant scholarships, and provide free medicine and treatment for thousands of AO/dioxin victims.

Pham Ngoc Kiem, Chairman of the VAVA’s chapter in the northern province of Nam Dinh, said through the movement “Action for AO victims" in 2021, the organisation raised over 23 billion VND from agencies, units and donors in and outside the locality.

Over 39,000 victims and households in Nam Dinh have so far received the assistance from the organisation, Kiem said.

In the first six months of 2022, the chapter helped build and repair seven houses for the families of victims, provide allowances for over 100 families, and give free medical examinations and medicines to nearly 1,000 people, he added.

Statistics show that as many as 10,000 people in the Mekong Delta province of Bac Lieu were exposed to AO/dioxin.

According to Vo Thi Hong Thoai, Chairwoman of the VAVA’s chapter in Bac Lieu, most of the victims and their families often face difficult health and economic conditions, and they are in dire need of support from the community and society.

In the first six months of this year, the organisation raised over 1.2 billion VND, benefiting a large number of victims.

Thoai said over 1,600 gift packages worth over 700 million VND, while a number of families received interest-free loans to develop production and business. 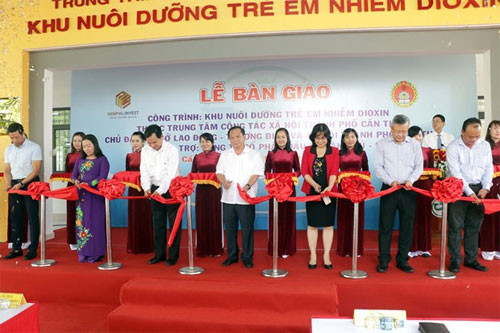 Can Tho: New facility for child AO/dioxin victims handed over

The Department of Labour, Invalids and Social Affairs in the Mekong Delta city of Can Tho together with sponsoring businesses on September 21 handed over a facility to care for children affected by Agent Orange (AO)/dioxin, which was built within the municipal centre for social work.
Đọc thêm Society
Nổi bật 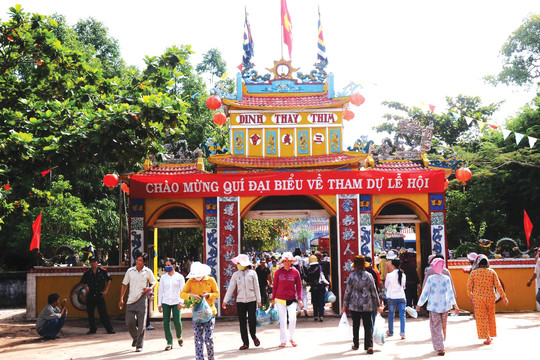