A ceremony was held in Hanoi on December 13 to honour 50 outstanding young people with disabilities who have made positive contributions to society and the community under the ‘Shining Vietnam Spirit’ programme.

The event was attended by alternate member of the Party Central Committee and Standing Secretary of the Ho Chi Minh Communist Youth Union Central Committee, Bui Quang Huy, who is also Chairman of the Vietnamese Students' Association.

Among honourees, many energetic examples have spread great inspiration for the spirit of overcoming all difficulties to gain outstanding achievements, such as weightlifter Le Van Cong with a series of gold and silver medals at the regional and world tournaments, especially the Paralympic Games.

Regarding social work, founder of the communication programme for youths with disabilities to fight against the pandemic safely Luong Thi Kieu Thuy, who was also the co-founder of " Laundromat of the Deaf”, was a typical face.

Meanwhile, Tran Hoang Lam, with his agricultural model that generated 900 million VND per year and created jobs for many local youths, was an outstanding example in the field of economic development.

The most outstanding example in studying and joining voluntary activities for the community was Nguyen Thuy Thuy Tien, a student from the University of Economics and Law under the Vietnam National University, Ho Chi Minh City.

Since its launch in 2013, the ‘Shining Vietnam Spirit’ programme has honoured over 546,000 outstanding young people with disabilities around the country. 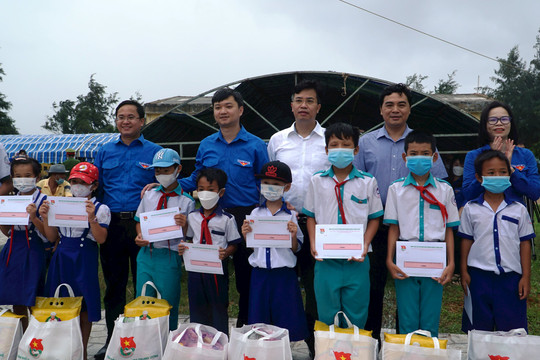