Closing the first quarter of 2022, despite the Covid-19 epidemic, a bright color picture of Binh Thuan's economy, which is also a positive recovery signal has been shown.

The spotlight on the overall local economy is that industrial activity still remains stable, showing positive growth in the first quarter of 2022. Industrial production value (at 2010 constant prices) in the province reached more than 9,171 billion VND, up 7.36%, and recorded the output of 14/16 major industrial products increased over the same period last year. There are some products with a high increase such as garments (Jacket increased by 5.1 times and shirts by nearly 75%), seafood (frozen squid increased by 87.6% and frozen fish meat increased by 22.21 %), cashew nuts (up by nearly 54%), animal feed (up by more than 30%), etc.

In addition, the export of goods in the first three months of the year brought Binh Thuan about $184 million, up 37.56% over the same period. Two key export commodity groups of the province still play the "leading" role in contributing the majority of turnover while continuing to maintain a reasonable growth rate over the same period. Specifically, the group of seafood products made 44.5 million USD (up by nearly 25%). The other commodity group was estimated at 136.2 million USD (up by approximately 44%). Typically, in Asia market, the province has increased exports to Japan with some items like: octopus, squid, and shirts, while clothes and fresh squid have penetrated to Taiwan. For the European market, the export of seafood products are expanded to Denmark, while, white-leg shrimp has been increasinly exported to the UK and Germany.

Through a recent survey of enterprises in the processing and manufacturing industry, it was found that: 31.75% of enterprises rated the production and business situation better and over 38% of enterprises said it was stable... In the first quarter of the year, Binh Thuan recorded 337 newly established enterprises (138 affiliated units), an increase of 17.42% over the same period last year with registered capital of more than 1,920 billion VND, etc.

The signs of economic recovery are also reflected in the tourism sector, with the number of tourists coming to Binh Thuan for relaxation and entertainment gradually approaching the milestone of 1 million arrivals from the beginning of 2022 until now. While transportation activities also returned to bustle, according to which passenger transport increased by more than 22% and freight transportation by nearly 7% compared to the first quarter of 2021. Total retail sales of goods and consumer service revenue Local consumption in the whole quarter reached more than 16,480 billion dongs, (up 8.2% over the same period), the total retail sales of goods reached nearly 11,920 billion dongs (up 11.15%). Regarding credit activities, which remained stable, credit institutions in the province continued to promote capital mobilization to create loan sources for local socio-economic development. By the end of the first quarter of 2022, mobilized capital was estimated at VND 50,999 billion, up 4.2% and outstanding loans reached nearly VND 75,000 billion, a slight increase compared to the beginning of the year.

Entering this second quarter, Binh Thuan still focuses on implementing tasks in 2022 associated with safe, flexible adaptation and effective control of the Covid-19 epidemic in the area. Public investment plans will continue to accelerate disbursement progress and expedite the implementation of approved investment projects and create favorable conditions for production and business activities, export of goods, and credit. The economic recovery signal also creates confidence for businesses in the industrial sector when it is expected that the situation of the second quarter compared to the first quarter of the year. Now, up to 77.78% think that production - business is stable and better, of which nearly 48% rate the trend will be grown. 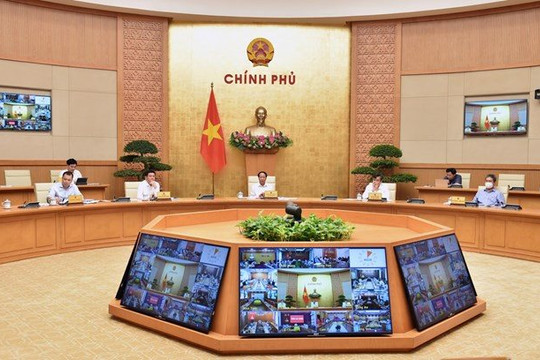 Deputy Prime Minister Le Van Thanh recently took part in an conference with localities regarding the completion of the National Power Development Plan for the 2021 - 2030 period, with a vision to 2045 (PDP VIII).
Đọc tiếp 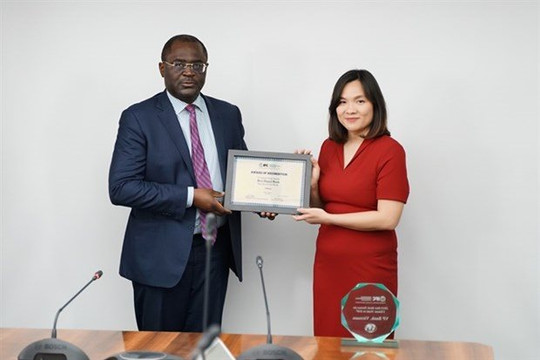